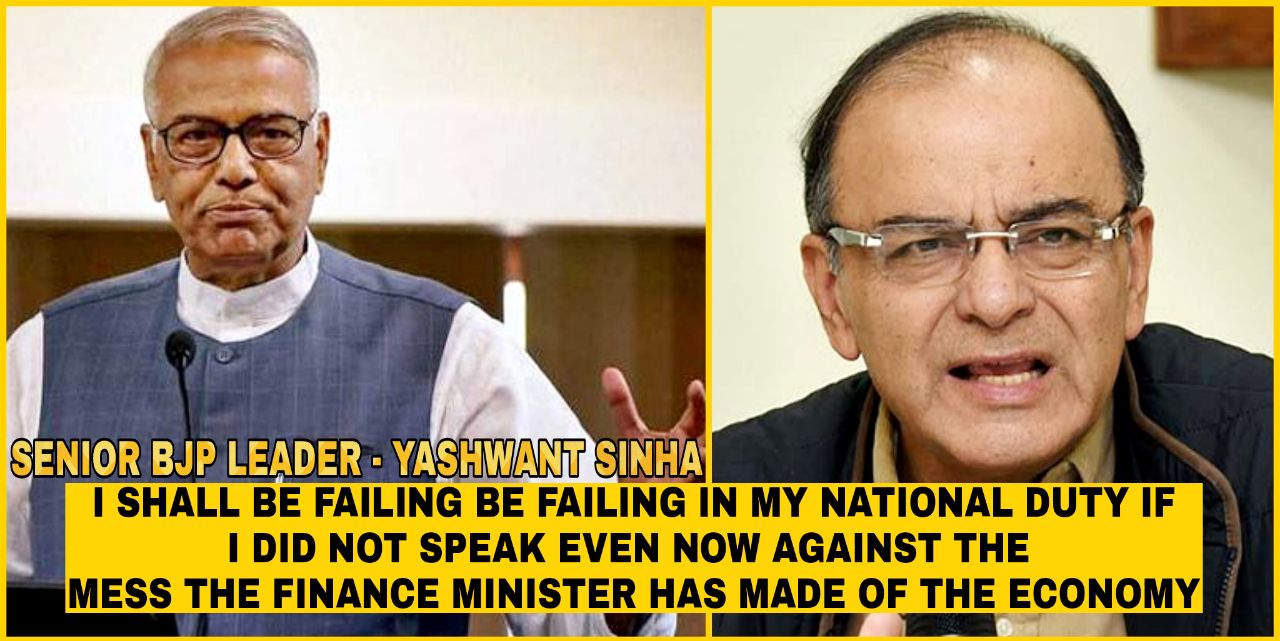 What you think of Arun Jaitley?

I think he has completely failed in his role as a finance minister. They could have better appointed someone good.

Why I think Arun Jaitley failed?

Let us have a look at different events that took place during his tenure.

These are 2 big events that took place during his tenure.

Do you really think both of these handled in a democratic way?

I have my own reasons to blame and doubt qualification of Arun Jaitley for his position.

Now coming to each of above events.

Demonetization has given no fruitful results to public, government, in fact it helped few to generate more black money.

People died in ATM/Bank lines, well that is debatable. But what results we got from demonetization.

They(government) say it will have long term benefits. At least list them down for public to understand.

He has never spoken on any matter. He has made things more complicated. He has done more damage to business community.

Business is down, people are confused and seems finance ministry too is confused.

My answer will be no, if I have a better option. If congress change its mind and instead of Rahul Gandhi, brings another face, believe me Modi will have tough time.

Government has to take responsibility for all this nonsense and entire cabinet of Modi government has completely failed. Be it home ministry (killing of CRPF), be it Railway ministry (multiple train accidents), be it education ministry (universities are converted to election battle grounds), be it finance ministry (worst of all).

People are silent that does not mean they are idiot.

Gujus are mostly business owners in India, let us see what happens in Gujarat election.

Yes Jaitley is a disaster. Why Modi is not giving a chance to Subramanian Swamy?

He is a better person with some logic too.

He can be a better finance minister than Arun Jaitley at any given point of time.

This Yeshwant Sinha is a past bureaucrat and we know what they are good at.

He did not get any portfolio or position in government so throwing stones.

Arun Jaitley is useless but do not blame Modi for anything. He alone cannot take care of everything.

Do you have any other person in BJP who can be replaced with him?

The decision taken by this government (economical) are most complicated that any government has taken in recent past.

We witnessed Manmohan Singh era, it was a complete disaster. But haters will say current government has implemented policies of congress government.

Well, you need to have the courage to implement these steps.

Demonetization is not a new concept, it was discussed even at the time of Indira Gandhi, but even she could not do it due to fear of losing an election.

It is public which needs to support.

People will support when there is cash rotation & employment. Doesn't matter as long as Indirect Taxes (GST) are paid and the GDP is going up.

Small players mostly depends on Cash which Modi Govt, robbed. I am not sure whether any other govt can fix this as this is an irreversible mistake which no educated man will encourage.

Looks good in Movies but disaster in reality

With the level of corruption we have and bureaucrats being employed based on cast rather than competency. This will be the out come when reforms and new systems are introduced, who ever may be the Finance Minister.

One should acknowledge the courage to take such decisions,If not better than past governments they are not bad either,

Atleast there is a ray of hope with this government they are moving ahead inspite of resistance from all parties,reason best known to all of us.

No one would have questioned the government if they had not taken these reforms they would have let it go.

GST everyone acknowledges that entire world has to migrate to.Its is intentented to plug the loopholes.

Businesses should learn to be a part of economy by being responsible,Compliance and with improvement of tax to GDP ratio would lessen the tax burden of honest tax payers.

Sign up to discuss taxation, accounting and finance topics with experts from all over India.