GST practitioners can help their client file information with respect to inward and outward supplies and also filing returns. 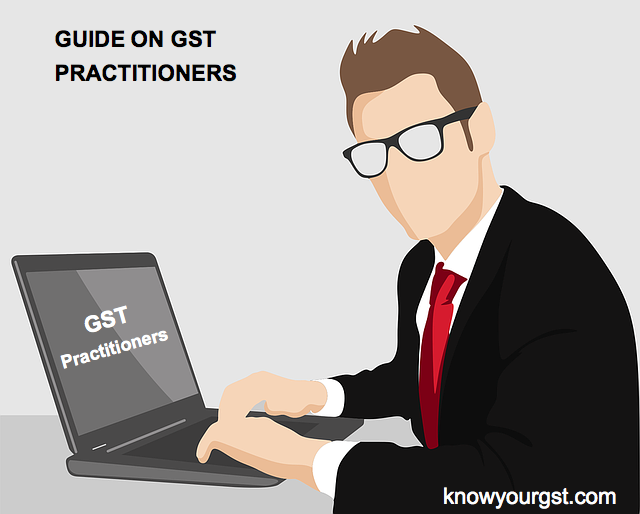 What is the eligibility to become a GST practitioner?

GST rules issued by government contains the eligibility criteria regarding who can apply for practitioner registration.

You should fulfill all these conditions to become a GST practitioner.

Along with above conditions, you should also satisfy any one of the following conditions:

What is the procedure to become a GST practitioner?

Once application is received by officer, office may approve the application or reject it depending on his findings. The registration certificate will be issued in FORM GST PCT - 2.

Registration certificate will be valid until it is cancelled.

Whether practitioner certificate can be cancelled by officer?

Yes, if practitioner is found guilty of misconduct in connection with any proceedings under the act, officer by an order can disqualify the certificate. Officer will issue a show cause notice in FORM GST PCT.

GST practitioner can within 30 days from the date of the order appeal to the customer against disqualification order.

How to appoint a tax practitioner and what functions he can perform?

A GST practitioner can be appointed to do the following tasks:

A tax payer can appoint GST practitioner for filing monthly returns also. He can assign return filing to practitioner in FORM GST PCT - 6. Tax payer should check the correctness before signing return.

Practitioner is also required to digitally sign the return using a Digital Signature Certificate (DSC) prepared by him.

Practitioner after furnishing the information of his client should get the confirmation from client through a SMS or emil. If client does not confirm before due date of filing the information, then it will be assumed that he confirmed the statements.

FORM GST PCT-5 will be hosted on GST portal containing the list of GST practitioners. If a practitioner's name is not included in GST PCT-5 then he cannot represent his clients before any authority.

To represent client before any authority he should get the authorisation from client in FORM GST PCT - 6.

Posted by Pulkit Sharma under GST

A Chartered Accountant by qualification. I am founder of KnowyourGST.com to provide free resources to enable smooth compliance by Tax Payers. You can use GST Invoicing application developed by m...Contact

Sir, how much time does it take to get the GSP certificate issued from govt side, for me it is showing pending for processing since last 2 months.

Steps to be taken by taxpayers to file GSTR 9C