Cryptocurrencies and Tax - A guide on taxation on Bitcoins in India 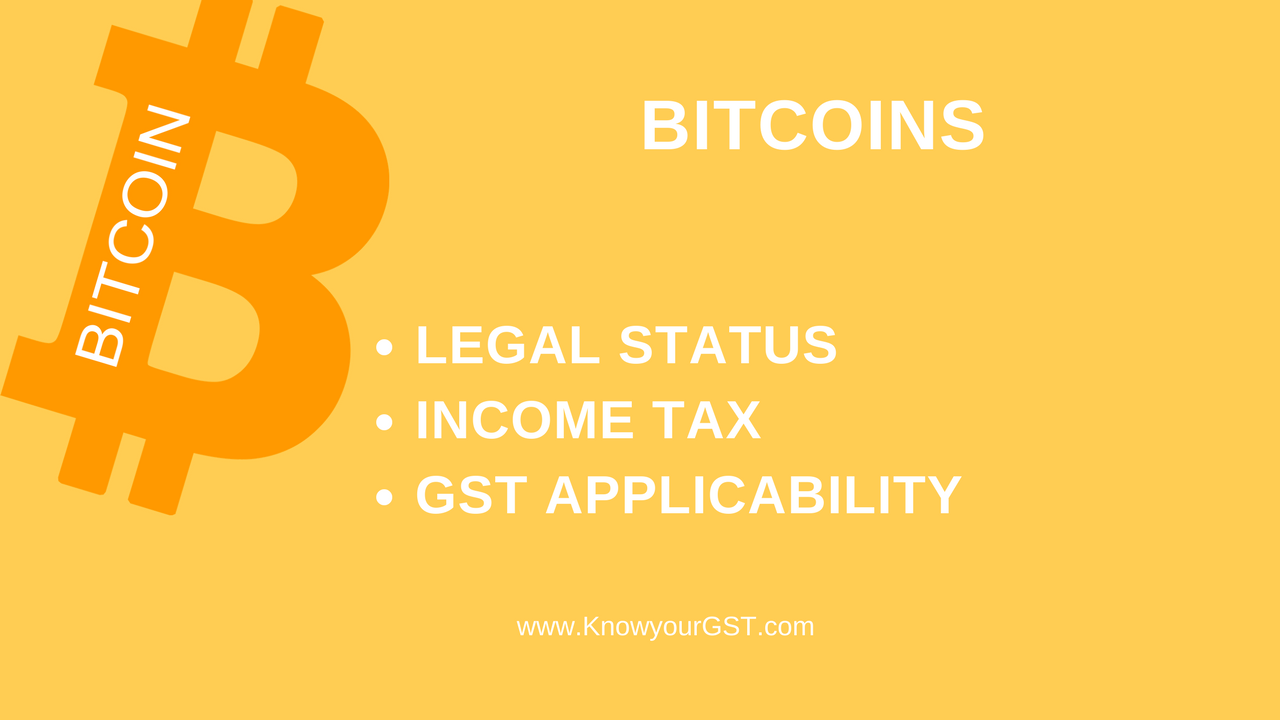 Cryptocurrencies are future or are they just a bubble waiting to burst?

It does not matter, many have made huge gains by investing in cryptos. Bitcoin is most talked about digital currency and there is reason for it.

Over the years Bitcoin has given more returns on investment than any other asset.

Those who bought Bitcoins in its initial years and sold recently have multiplied their investment.

Revenue department are interested in increasing their tax collection and now Bitcoin investors are their target.

In this post I will give my opinion on

Bitcoin is a digital currency.

Bitcoin is one of the many cryptocurrencies.

First we have to understand what is a cryptocurrency.

A cryptocurrency is a digital asset that uses cryptography to secure the transaction, and creation of additional units. As an accountant we use Digital Signature Certificates to sign documents (DSC). Even DSC is a cryptography but digital currencies use more secured and complicated methods.

When you buy something with Gold, gold becomes a currency. In fact gold is oldest currency we have. Similarly anything that has a purchasing power becomes a currency. These digitally generated assets have value because people are accepting them as a form of payment.

But can we call Bitcoin a currency?

As of now worldwide currencies are issued by government and controlled by central banks. Can we call Bitcoin as a currency till government recognises it and any bank controls it.

But unfortunately Bitcoins are designed in such a way that it is not possible to control its production.

Investing or trading Bitcoins is legal in India?

You can trade in Bitcoins at your own risk. - Reserve Bank of India

As on date of writing this article, RBI has not issued any notification or circular to prohibit trading or investment in Bitcoins.

Even government of India has not issued any notification regarding Bitcoin.

So, we can assume that it is legal to trade or investment in Bitcoins. If you are investing or trading in Bitcoins, you are not committing any offence.

Till date neither government nor RBI has declared dealings in Bitcoins as illegal.

Trading in Bitcoins is not an offence as of date.

Do you have to pay income tax on income earned from Bitcoins?

Income tax is payable by every person who makes income, unless the income is specifically exempted or excluded from computation of taxable income.

For instance gifts received from relatives are exempted from income tax. So far government has not exempted Bitcoins and neither I see any chance of exempting it.

You have to pay income tax on profits earned from Bitcoin investments.

Now question is whether income earned from trading or investing in Bitcoins will be taxed under the head "capital gains" or "income from business or profession" or "income from other sources".

Lets understand what kind of incomes are taxed under above 3 heads.

Gain arising on transfer of capital asset is charged to tax under the head “Capital Gains”.

The straight forward rule is that any gain from transfer of a capital asset is charged under the head "Capital Gains". Now we have to understand what is the meaning of capital asset.

Capital asset is defined in Income Tax Act, and no where cryptocurrencies are specifically included as part of capital assets. This being a new concept, government is making frameworks and working on ideas to tax Bitcoins.

However, considering Bitcoin as an asset and purchasing as an investment will result in capital gains.

If you hold Bitcoin for more than 3 years then tax rate will be 20% otherwise the rate of tax will be 30%.

Income from business or profession

If you are trading in Bitcoins then your profits will be charged under the head gains from business or profession.

You have to keep a record of your transactions.

Here interesting point to note is that Bitcoins may be charged under business head considering it a speculative business instead of a normal business.

When you trade in Bitcoins, you are actually speculating.

If Bitcoin transactions are charged as speculative business then you cannot setoff losses with other business incomes.

We have to wait what finance ministry decides on this matter. Till then it will matter of different opinions.

Income from other sources

If you have traded in Bitcoins for short period and not intended to make it your prominent source, you can offer income under the head "Income from Other Sources".

Income tax on mining of Bitcoins

Mining is different from buying and selling Bitcoins. You are mining your own Bitcoins and in this scenario cost of mining cannot be accurately ascertained.

Income from Bitcoin mining in my opinion should be offered under the head "Income from Business or Profession".

Whether you have to pay income tax on your Bitcoin holdings?

There is no income tax liability if you have purchased Bitcoins.

You have to pay income tax only when you sell your Bitcoins and make profits on it.

If government decides to give Bitcoins a legal status and starts considering it as a valid currency then you will have to pay income tax as soon as your receive a Bitcoin from mining. In cases other than mining tax will charged similar to forex trading.

This is going to be interesting.

You pay income tax if you have profits, you pay GST even if there is no profit.

For your information, different Bitcoins exchanges have filed an Advance Ruling application for applicability of GST on Bitcoins. Believe me if GST is made applicable on Bitcoins, government will have a big source of revenue.

It is estimated that if Bitcoins falls within chargeability there will a liability of more than Rs. 10,000 crore on different Bitcoin exchanges and traders.

In my opinion government will charge GST on Bitcoins. Only thing we have to check whether Bitcoins will be charged as goods or services.

In case of investors, GST should not be applicable since it is not a business.

For traders who buy and sell Bitcoins on regular basis as a business, GST should be applicable. Even you trade in 3-4 Bitcoins, you falls under GST registration criteria.

GST rates on Bitcoins should be 18%.

We can see similar action by GST department also.

Bitcoins or cryptocurrencies being a new subject matter for tax authorities and government officials, stand from any of the department is not clear yet.

However, you have to pay income tax on profits, there is no doubt in it.

Applicability of GST, is a matter which needs immediate attention. Charging GST from back date will create chaos, as service tax or VAT under earlier laws will also made applicable, based on decision of GST authorities.

Investing in Bitcoins is not a legal issue as of now, no government office or RBI has considered Bitcoins as illegal, however they have issued warnings.

Posted by Pulkit Sharma under Income-Tax

A Chartered Accountant by qualification. Love to code and share knowledge. On a mission to create the largest knowledge library for finance and taxation professionals. Check Profile