Memorandum of Association of Companies

As per section 2(56)―memorandum means the memorandum of association of a company as originally framed or as altered from time to time in pursuance of any previous company law or of this Act;It is the base document for the formation of the company and along with the Articles of Association (AOA) is regarded as the Constitution of the Company.The MOA and AOA, similar to other company agreements and resolutions is subject to the Companies Act, 2013 (Section 6) and the law of the land and therefore all its contents need to be in compliance of the Companies Act 2013 and other applicable legislations.

Contents of Memorandum of Association

In case of Specified IFSC Public Company and IFSC Private Company, name shall have the suffix, “International Financial Service company” or “IFSC” as a part of its name.

Exception: This clause is not applicable on the companies formed under section 8 of the Act.

Check our article on reservation of name of the company.

It states name of the State in which the registered office of the company is to be situated;

Covers the objects for which the company is proposed to be incorporated and any matter considered necessary in furtherance thereof.

It enables shareholders, creditors and all those who deal with company to know what its powers are and what activities it can engage in.
A memorandum is a public document under Section 399 of the Companies Act, 2013. Consequently, every person entering into a contract with the company is presumed to have the knowledge o f the conditions contained therein.

The shareholders must know the purposes for which his money can be used by the company and what risks he is taking in making the investment.

A company cannot depart from the provisions contained in the memorandum however imperative may be the necessity for the departure. It cannot enter into a contract or engage in any trade or business, which is beyond the power confessed on it by the memorandum. If it does so, it would be ultra vires the company and void.

If any company has changed its activities which are not reflected in its name, it shall change its name in line with its activities within a period of six months from the change of activities after complying with all the provisions as applicable to change of name.

In the case of a company whatever is not stated in the memorandum as the objects or powers is prohibited by the doctrine of ultra vires. As a result, an act which is ultra vires is void, and does not bind the company. Neither the company nor the contracting party can sue on it. The company cannot make it valid, even if every member assents to it.

The memorandum of the company in the said case defined its objects thus: “The objects for which the company is established are to make and sell, or lend or hire, railway plants………… to carry on the business of mechanical engineers and general contractors…….”.

The company entered into a contract with M/s. Riche, a firm of railway contractors to finance the construction of a railway line in Belgium. On subsequent repudiation of this contract by the company on the ground of its being ultra vires, Riche brought a case for damages on the ground of breach of contract, as according to him the words “general contractors” in the objects clause gave power to the company to enter into such a contract and, therefore, it was within the powers of the company. More so because the contract was ratified by a majority of shareholders.

The House of Lords held that the contract was ultra vires the company and, therefore, null and void. The term “general contractor” was interpreted to indicate as the making generally of such contracts as are connected with the business of mechanical engineers. The Court held that if every shareholder of the company had been in the room and had said, “That is a contract which we desire to make, which we authorise the directors to make”, still it would be ultra vires. The shareholders cannot ratify such a contract, as the contract was ultra vires the objects clause, which by Act of Parliament, they were prohibited from doing.

However, the disadvantages of this doctrine outweigh its main advantage, namely to provide protection to the shareholders and creditors. Although it may be useful to members in restraining the activities of the directors, it is only a nuisance in so far as it prevents the company from changing its activities in a direction which is agreed by all. Again, the purpose of doctrine of ultravires has been defeated as now the object clause can be easily altered, by passing just a special resolution of the shareholders.

This clause covers details on the liability of members of the company, whether limited or unlimited, and also state -

In the case of a company having a share capital, it states -

The clause, in the case of One Person Company, covers the name of the person who, in the event of death of the subscriber, shall become the member of the company.

The memorandum has to be signed by each subscriber in presence of at least one witness. Each subscriber must write number of shares he shall take.

Forms and schedule related to momorandum

The memorandum of a company shall be in respective forms specified in Tables A, B, C, D and E in Schedule I as may be applicable to such company.

The MOA and AOA shall be in respective forms as provided in Schedule I to the Companies Act, 2013:

Any provision in the memorandum or articles, in the case of a company limited by guarantee and not having a share capital, shall not give any person a right to participate in the divisible profits of the company otherwise than as a member. If the contrary is done, it shall be void.

Companies filing form 'SPICE' for incorporation are required to file e-MOA along with the form. e-MOA is pre-filled. 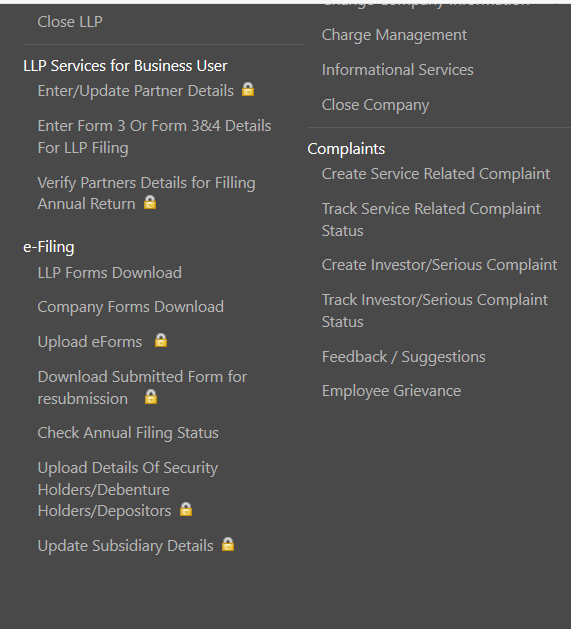 In the next screen all the forms will be displayed, search for 'SPICe MOA', click and download the form with instruction kit. 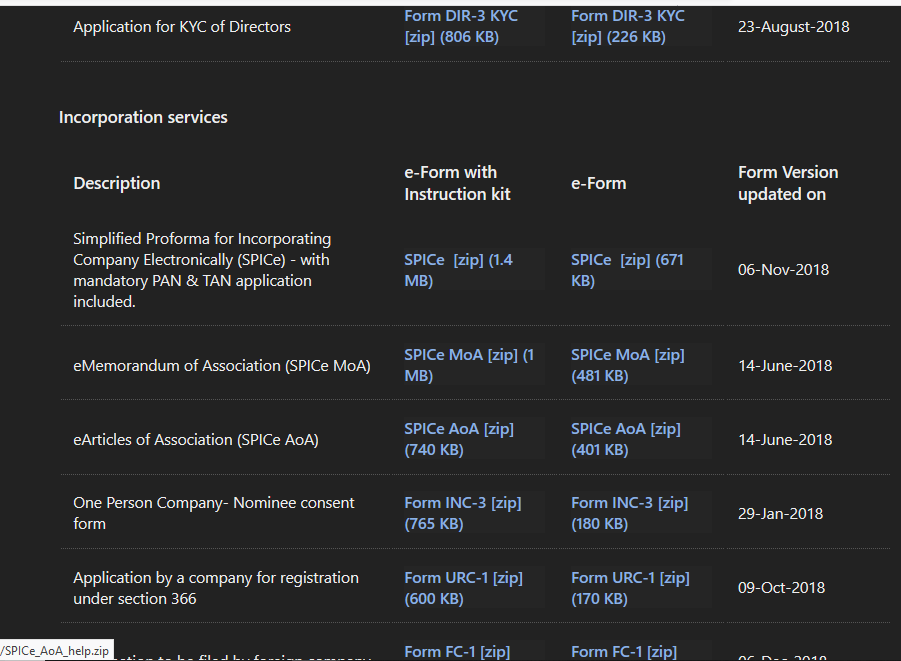 For filling the form refer instruction kit. This form has to be filed along with form 'SPICE'. Check filing process of form SPICE.

I am CA, you can contact me for resolving all your tax queries. Reach me at ankitsharma1141@gmail.com Check Profile